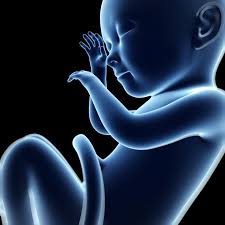 The 3D technology is surely conquering various domains at a really fast pace. The new developed technologies that use 3D imaging and rendering are now being used in a project that might save lives.

Scientists have developed a 3D virtual  birth simulator that recreates an experience very similar to reality. Allowing doctors and midwives altogether, to recreate scenarios that have been custom tailored to the various needs and special requirements of individual women that might be at risk of dangerous deliveries could help save lives.

Around the world, medical students are still training using a static model or silicone made mannequins that feature the most interesting parts of the pelvis and the fetus. Three years ago, several educational centers and university hospitals introduced a robot simulator called BirthSIM. Unfortunately, this robot was specifically designed for the training of doctors, in safely using the forceps. It mainly used real-time 3D imaging and electromagnetic sensors in order to recreate a real life experience that might give results in the training sessions.

The new 3D virtual tool was designed by a team of professionals at the University of East Anglia. It gives doctors the ability to put in the exact measurements of the woman’s pelvis and the exact data that characterizes the fetus, for a better and more accurate simulation of the potential trajectory  the baby might have, down the birth canal.

“During birth there are no less than seven cardinal movements, but our simulator doesn’t make assumptions of those seven — it tries to simulate birth as it happens in reality,” the project coordinators told Wired.co.uk, in an interview. The idea of not having such seven cardinal movements directly coded into the software is unique. By generating a realistic process, determined mainly by the physics built into the program is getting science closer to real life, now, more than ever. Using specific coordinates, such as uterine pressure on the baby’s buttocks, pressure of the stomach muscles and potential external help from the midwife.

The possibility of the baby getting stuck in the birth canal is a birth complication that can be encountered by any doctor, at some moment. The team is now focusing on what happens once the baby passes the “bottleneck” of the cervix and enters the “expulsion phase”. At this point in the birth process, some of the most common problems include shoulder dystocia, that happens if the baby’s shoulder gets stuck. This is usually the point when the doctor must step in and try manual maneuvers to help dislodge the baby. Unfortunately, failing to succeed with such maneuvers can generate the need for an emergency caesarean section, most frequently.